Most commonly asked questions about Depressions 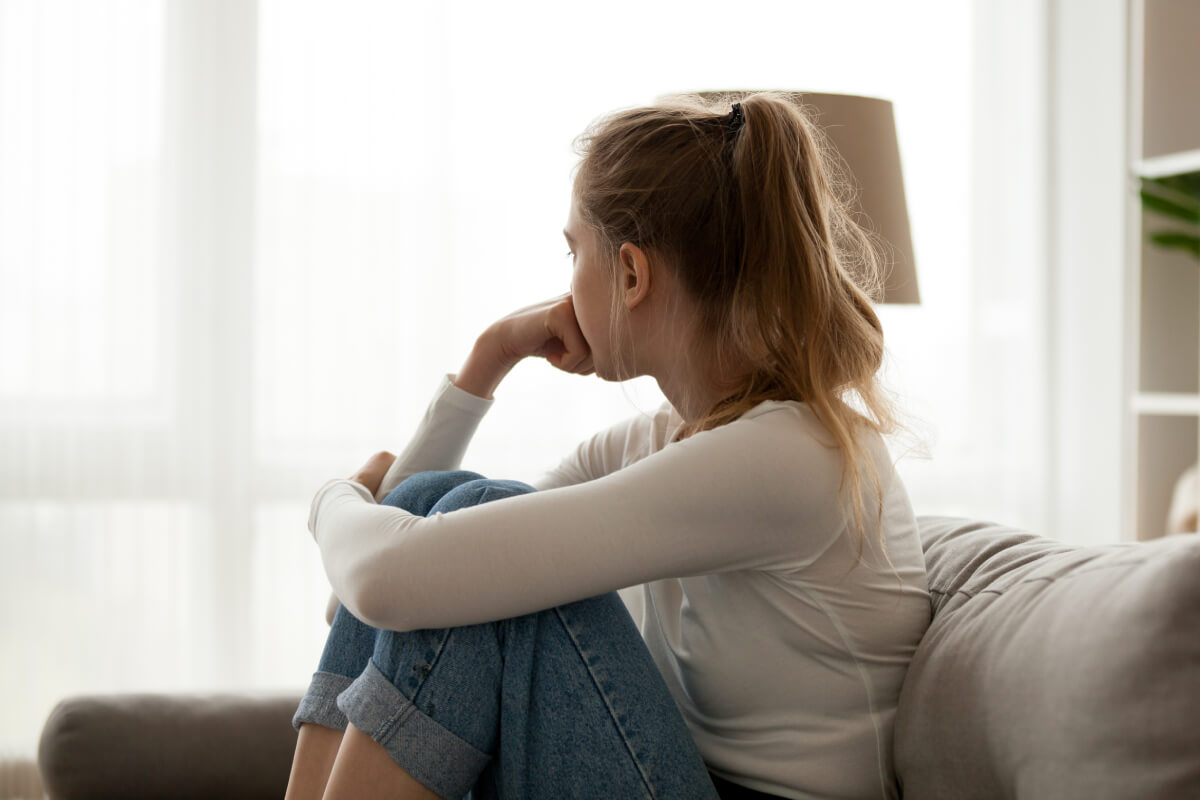 About the author: With a degree in Psychology, Asifa is an aspiring clinical psychologist and researcher, with a focus on the autism spectrum disorder, language, and developmental disorders.

What is depression?
“The Black Dog”, Prime Minister Winston Churchill notably referred to as depression. This complex yet mental health condition is marked by persistent feelings of sadness and a loss of interest in events/hobbies that was once enjoyable[1]. It differs from mood fluctuations that people experience as part of daily life. Instead, depression is an ongoing feeling and not a passing one. According to the World Health Organisation, depression is the leading cause of disability worldwide.

What are some depressive symptoms?
The symptoms of depression are varied and can include[2]:
‍
●  depressed mood
●  reduced interest or pleasure in activities once enjoyed
●  loss in motivation (avolition)
●  changes in appetite
●  unintentional weight loss or gain
●  sleeping too much or too little
●  agitation, restlessness, and pacing up and down
●  fatigue or loss of energy
●  feelings of worthlessness or guilt
●  difficulty thinking, concentrating, or making decisions
●  recurrent thoughts of death or suicide, or an attempt at suicide

It is, however, important to note that not everyone with depression has all the aforementioned symptoms. One individual may feel as though their food tastes bland, that they feel exhausted. Whereas another individual may not experience any of these but experience physical aches and pains.

“It’s so difficult to describe depression to someone who’s never been there because it’s not sadness.”

“I would decide I should have lunch, and then I would think, but I’d have to get the foot out and put it on a plate and cut it up and chew it and swallow it”

– Andrew Solomon: Food may not seem appetizing or a chore (Solomon, 2013).

“Sometimes, all you can do is lie in bed and hope to fall asleep before you fall apart.”

– William C. Hannan: A person may sleep excessively whereas others struggle to fall asleep.

What causes depression? [2]
There are a lot of factors involved in the aetiology of depression and it is difficult to narrow it down to one cause. Different factors may cause depression for different people. Here are just a few examples:

Social:
1. Low social support: Lacking friends and other forms of close relationships can lead to depression. The lack of social support may mean that the individual feels less able to handle stressful events.

Environment:
1. Childhood Adversity: Difficult experiences during childhood such as parental death or abuse can lead to an increased risk in depression.
‍
2. Stress: Stress caused by serious life events (i.e., losing a job, difficulties in romantic relationships) is strongly linked with depression. In prospective studies, 42 to 67 percent of people report stressful life events before the onset of their depression.

Biological
1. Genetics: A polymorphism in the serotonin transporter gene appears to be related to depression. Polymorphism refers to a genetic variation of a specific gene such as the serotonin transporter gene. This gene is necessary for serotonin function, an important neurotransmitter for mood regulation.
‍
2. Neural: Brain regions involved in responding to rewards may be under-active in individuals with depression. The nucleus accumbens of the striatum appears to be central in this reward-system and a lack of brain activity in this area may explain the lack of motivation exhibited by those with depression.

There has been evidence of an interaction between the environment and genetics in increasing the likelihood of depression (epigenetics). For instance, having a difficult childhood and a serotonin-transmitter gene polymorphism greatly increases the risk of depression.

How does depression affect the brain? [3]
Brain scans via magnetic resonance imaging (MRI) have been used to investigate changes in brain anatomy during depression. Multiple studies found brain alterations in patients with depression such as in the hippocampus, temporal lobe, prefrontal cortices, amygdala, and striatum.

1. Hippocampus: The hippocampus is involved in cortisol release, which is a hormone released during stress. If there is an over-release of cortisol over a long period of time, it can slow or stop the growth new neurons in the hippocampus. As the hippocampus supports memory and learning, long-term depression can lead to issues with memory.

2. Amygdala: This area is necessary in emotion and memory. Along with prefrontal cortices, the amygdala is required to control emotional responses and recognition of emotional cues. Dysfunction in amygdala-prefrontal cortices may cause symptoms seen in depression: loss of interest in activities or mood swings.

3. Prefrontal cortices: These cortices control cognitive functions such as attention, impulse control, and emotion regulation. Decreases in the size of prefrontal cortices is linked to poor concentration and impulsivity.

Nevertheless, results tend to be inconsistent due to different demographic and clinical characteristics[4].

How does depression affect relationships? [5]
High social support and strong relationships is vital in helping individuals cope with depression. However, symptoms of depression can create interpersonal problems for the individual.

Individual:
●  Withdrawal and a lack of motivation could lead to a loss of interest in socialising.
●  Depression could also cause emotional changes such as irritability, which could put stress on relationships.

Depression can also affect partners:
●  People with partners experiencing depression can experience issues with their own mental health. Many may feel as though they are responsible for their partner’s happiness and recovery. They may feel shut out by their partner or feel anxious around them.

How is depression diagnosed? [2]
Depending on the form of depression, psychologists follow different criteria in diagnosing depression. The most common form of depression, major depressive disorder is diagnosed by at least five symptoms (counting sad mood and loss of pleasure) including:
‍
●  Sad mood or loss of pleasure in usual activities.
●  Sleeping too much or too little
●  Psychomotor retardation or agitation
●  Weight loss or change in appetite
●  Loss of energy

Symptoms are present nearly every day, most of the day, for at least 2 weeks. Symptoms are distinct and more severe than a normative response to significant loss.

Depressive disorders feature the presence of sad, empty, or irritable mood that is accompanied by somatic and cognitive changes. These changes greatly affect the individual’s ability to function. However, these disorders differ in terms of their duration, their onset/timing and presumed causes.

What’s the difference between anxiety and depression?
The terms depression and anxiety are commonly used alongside each other. Many individuals with depression may experience symptoms of anxiety such as restlessness or distress. However, they are both different and distinct mental health conditions. These are some symptoms of an anxiety disorder[2]:
‍
●  Restlessness
●  Irritability
●  Sleep disturbance
●  Easily fatigued
●  Issues with concentrating
●  Excessive worry
●  Muscle tension

In addition, the DSM-5 includes ‘excessive anxiety and worry for at least 50% of days about numerous events and this worry is difficult to control. Around 60% of people in treatment for anxiety meet the criteria for major depression[2]. Given the high co-occurrence rates between depression and anxiety, there is debate as to whether these disorders should be considered “conjointly in an over-arching category of internalising disorders” [7].

What are common co-occurring challenges (comorbidities)?
Besides anxiety disorders, there can be comorbidities with other disorders. For example, substance-related disorders such as alcoholism. Around 30% of individuals with depression also report an alcohol dependence or abuse[8]. It is easy to understand the rationale behind this, as an individual may turn to alcohol in trying to relieve feelings of low energy or restlessness.

Will therapies or medication help?
Even in the most severe cases, depression is highly treatable. Nevertheless, many studies indicate that the most effective treatment is cognitive behavioural therapy[10]. Problems can be managed by addressing problematic thought patterns and behaviour. In addition, evidence is quickly accumulating that regular mindfulness meditation can be a useful supplement alongside CBT to treat depression[11].

Can depression be completely cured?
Currently, there is no cure for depression[12]. As the condition is usually cyclical, having a safety plan and early treatment is key in preventing or managing recurrent episodes/relapses. An example of a relapse prevention plan could be writing and identifying:
‍
1. Events/situations that have triggered relapses
2. Early warning signs I have experienced
3. Early warning signs other people have noticed
4. Things that help me when I experience early signs
5. Who helps me?
6. How can these people help me?

Complementary activities/treatments can be helpful in depression relapses. Some examples include:
‍
1. Exercise
2. Relaxation techniques

Thank you! Your submission has been received!
Oops! Something went wrong while submitting the form.
Published on:
March 7, 2022
Last updated:
March 20, 2022 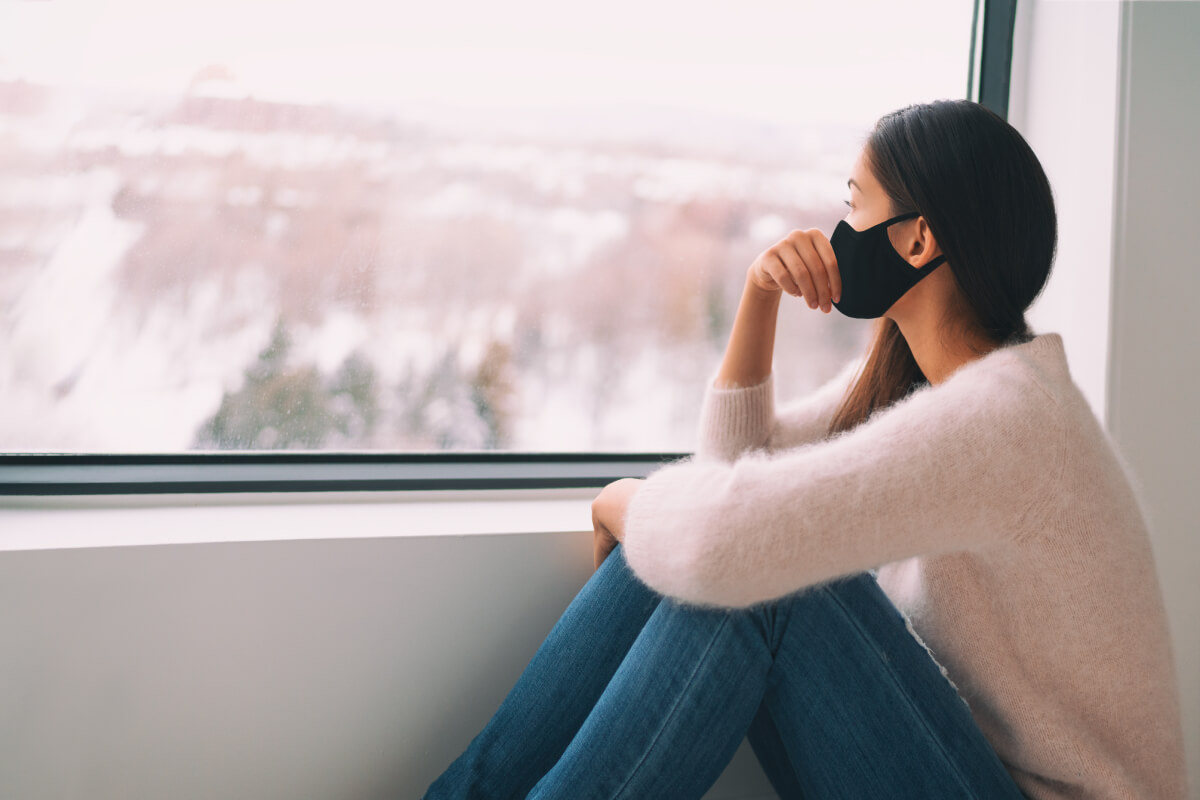 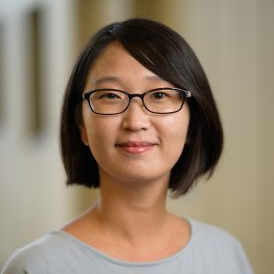 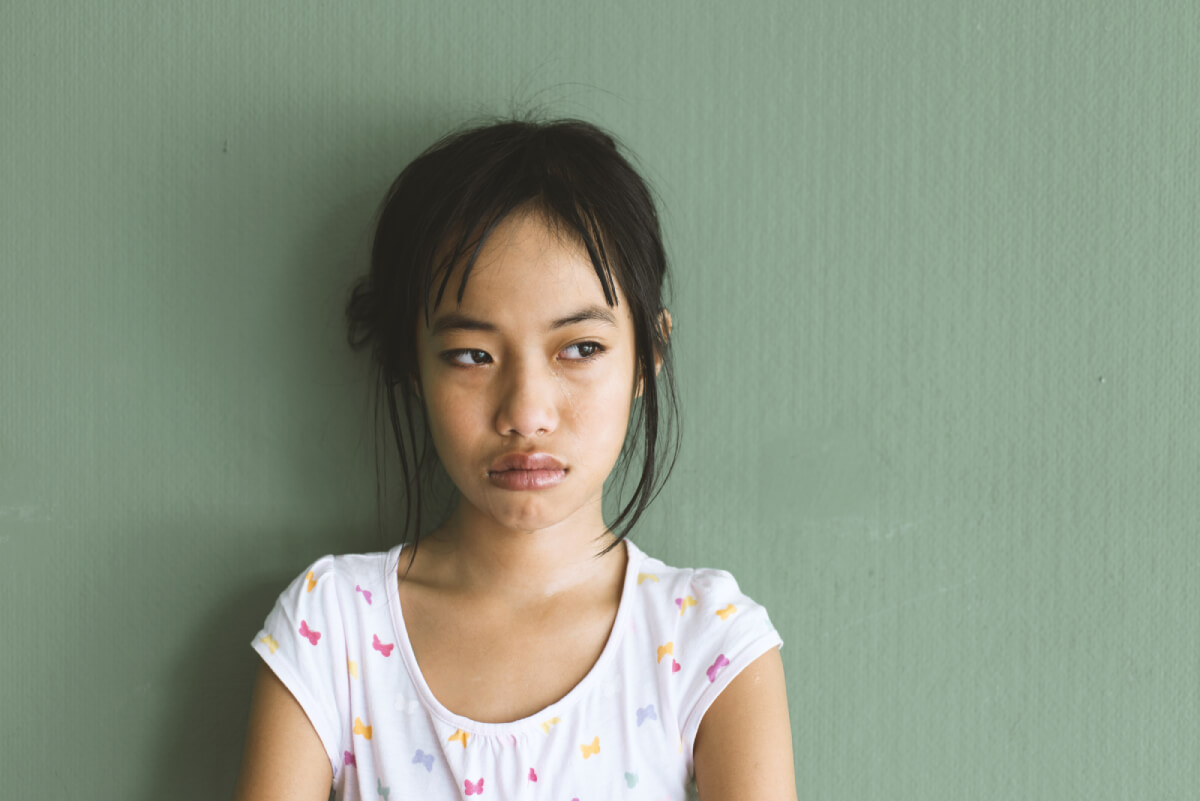 Depression is a mental illness characterised as having a constant low mood for a prolonged period of time, and this low mood affects an individuals everyday life and activities. Everyone may feel a bit down every now and again for different reasons 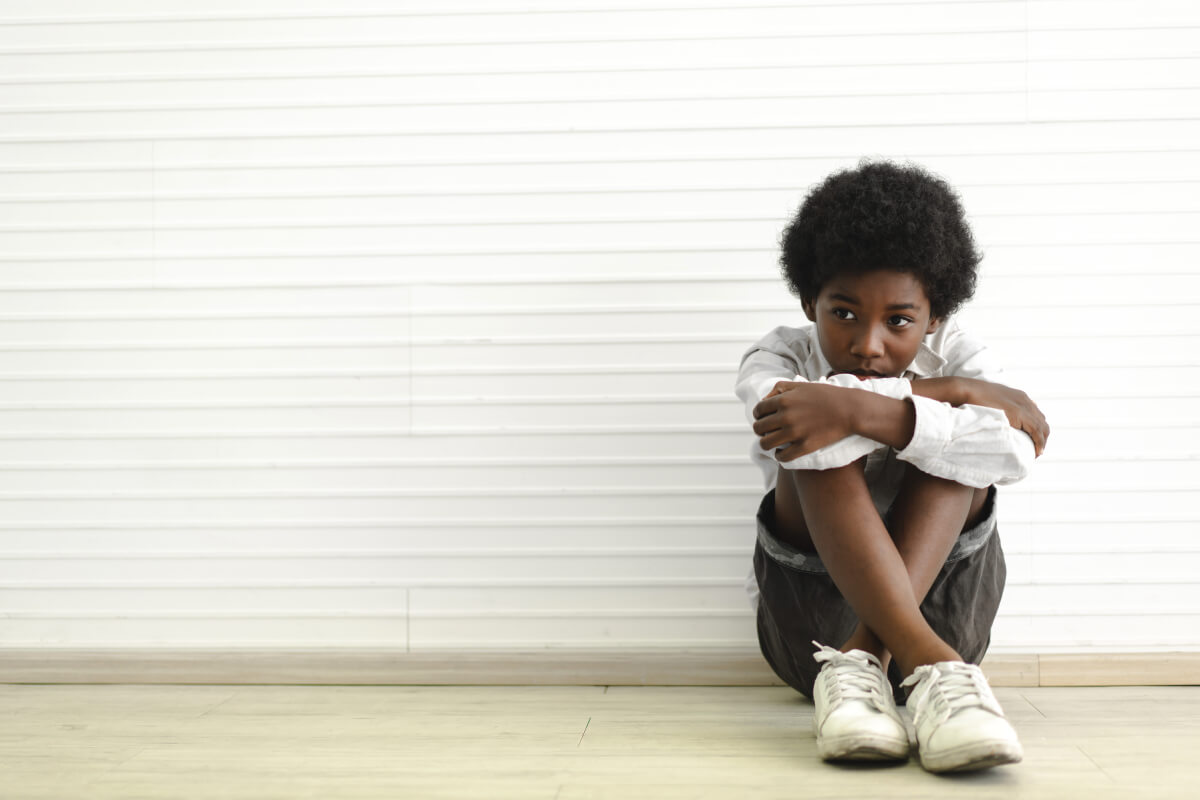 Getting help for depression

Psychological therapies are important when treating depression. It can really help the child or young person to learn the skills to fight off the depressive symptoms. There are different types of therapies that can be involved. 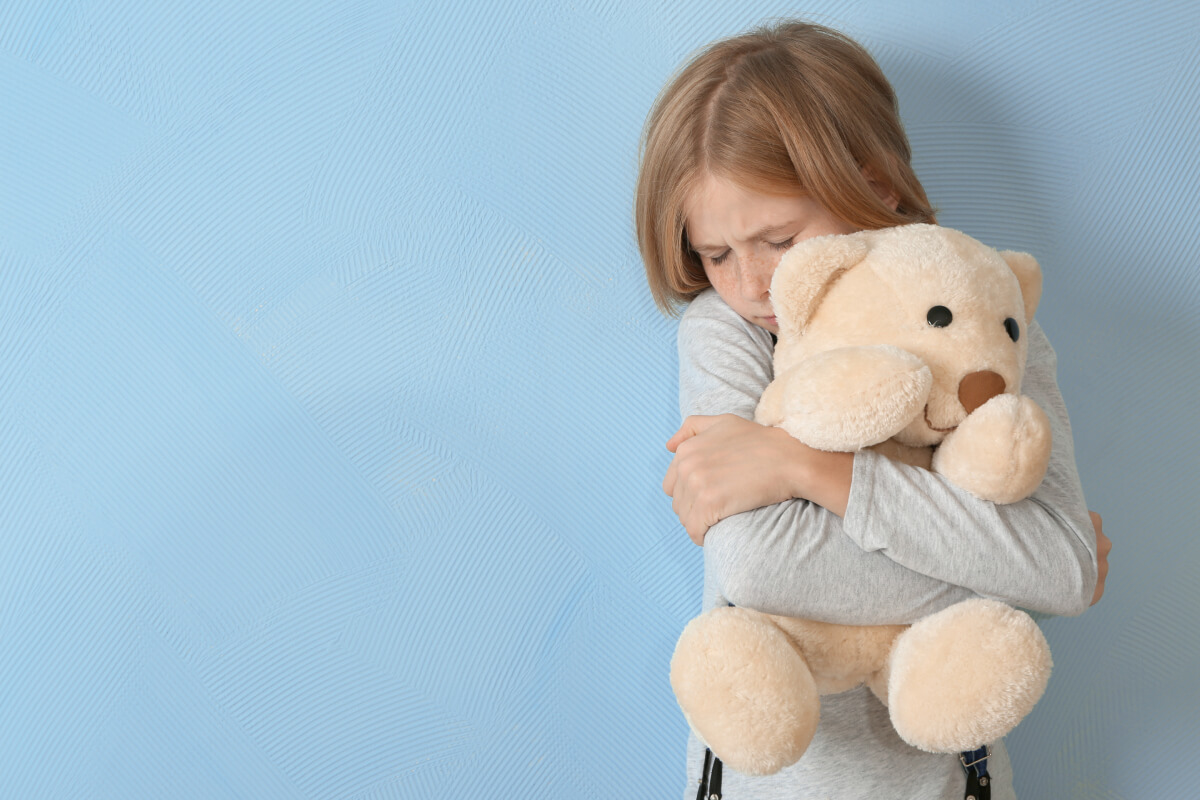 How to help someone with depression

It can be hard knowing that your loved one is suffering from depression. Especially when it is causing problems in their everyday life. Fortunately, there are some things that you can do to help. These are discussed below. 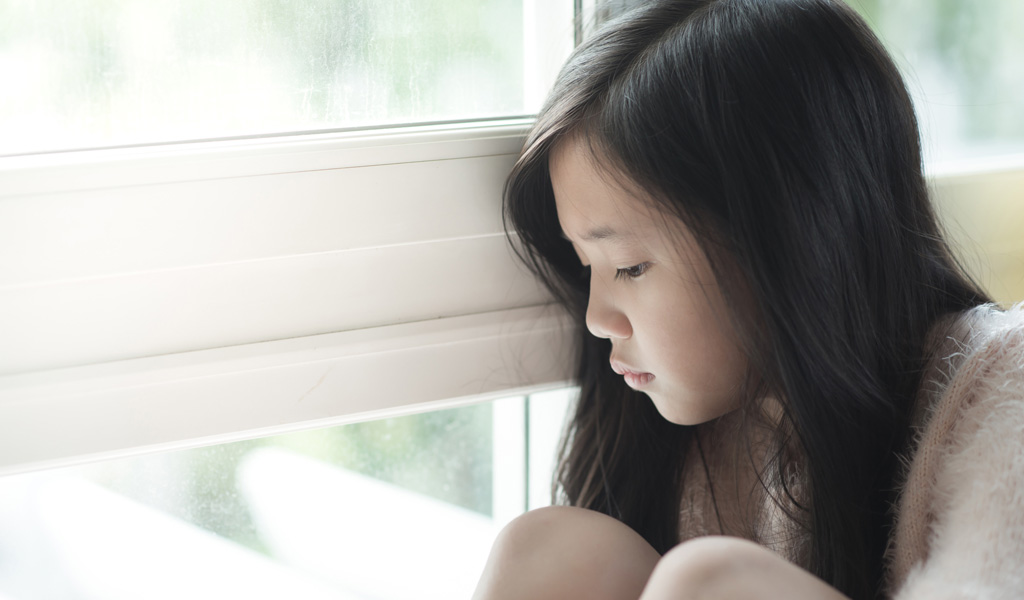 Depression is when there is a change in the person’s mood, thoughts and behaviour. The changes in mood typically involve a low mood, but in children and young people this also includes an irritable mood.